He led six Royal Navy LCAs carrying A Company of the US Army’s 116th Regiment from their ‘parent ship’ SS Empire Javelin to land on Omaha Beach. Jimmy’s orders were to land the soldiers on Omaha Beach at H-hour - 6.30am, the very start of the D-Day landings - and he got them there exactly on time at the correct spot.

Nineteen of the Americans soldiers carried by his flotilla were all from one small town in Virginia and, for the most tragic of reasons, those men would later become known as “The Bedford Boys”.

In this film, the first of 7 in his interview, Jimmy talks about his early life in Bristol. He joined the cadets and when war broke out, he was soon promoted. He took part in the Dieppe raids and reflects on what a shambles it was. He thn returns to Bristol where he starts preparations for D-Day.
08:53
02

Jimmy is sent to Plymouth where he's barracked onboard HMS Series. It's here that he first becomes aware of the American way of doing things! A few months later, he meets the likeable 116th Bedford boys. Just in time for D-day.
08:12
03

Jimmy recalls in detail, crossing the English Channel towards Normandy.
07:24
04

Jimmy managed to land 30 American Rangers on Omaha. This film gives you some idea of how difficult that was.
13:09
05

Jimmy talks about the Bedford boys, "they looked inexperienced, you can tell the hardened Ranger, the hardened Commando, they’ve seen it and they’re tough, they’re people you don’t want to meet in the dark, but these were friendly open people".
05:25
06

Jimmy talks about how the American gear was too much for them to carry and hindered their advance across the beach.
08:58
07

Jimmy recalls the welcome party back at Plymouth. He also sets eyes on the Mulberry harbours. Postwar, he returned to Bristol, met a Bletchley Park FANY and eventually retired to Devon. Jimmy passed away in 2016. Special thanks to Martyn Cox for sharing this interview with us.
05:59

He led six Royal Navy LCAs carrying A Company of the US Army’s 116th Regiment from their ‘parent ship’ SS Empire Javelin to land on Omaha Beach. Jimmy’s orders were to land the soldiers on Omaha Beach at H-hour – 6.30am, the very start of the D-Day landings – and he got them there exactly on time at the correct spot.

Nineteen of the Americans soldiers carried by his flotilla were all from one small town in Virginia and, for the most tragic of reasons, those men would later become known as “The Bedford Boys”. 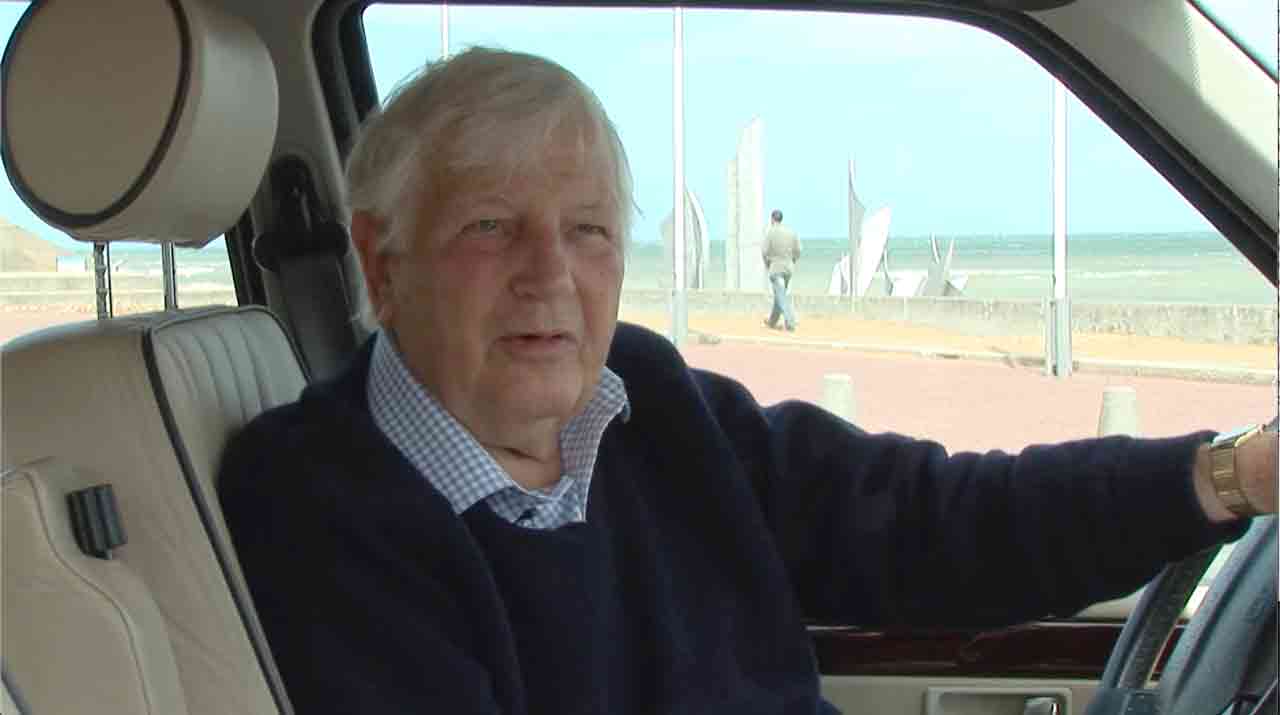 "Joe” Pallent's flotilla of Royal Navy LCAs carried American soldiers of the US Army's 2nd Ranger battalion. The Rangers' orders were to scale, attack and secure Pointe du Hoc between Omaha and Utah 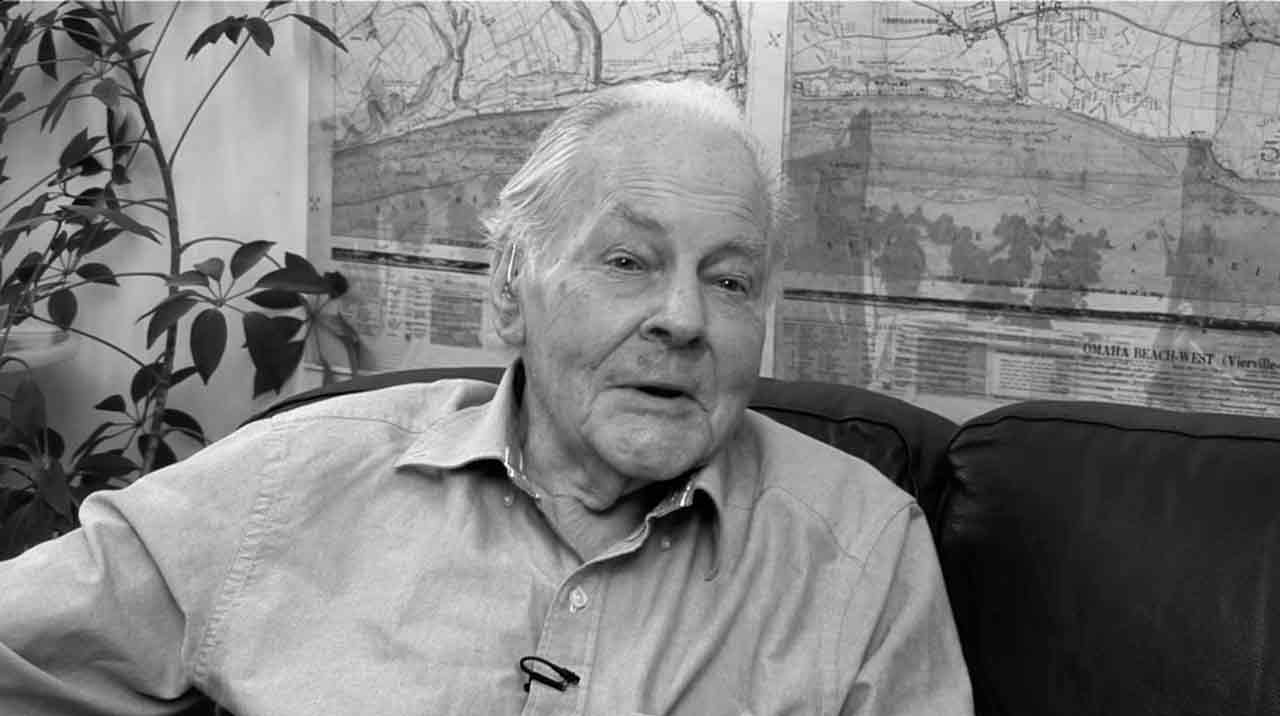 Sub-Lieutenant Hilaire Benbow RNVR was only 19 years old on D-Day. His Royal Navy LCA carried US Rangers from HMS Prince Charles for the planned second wave of the assault on Pointe du Hoc.

In the first few hours of the landings..... 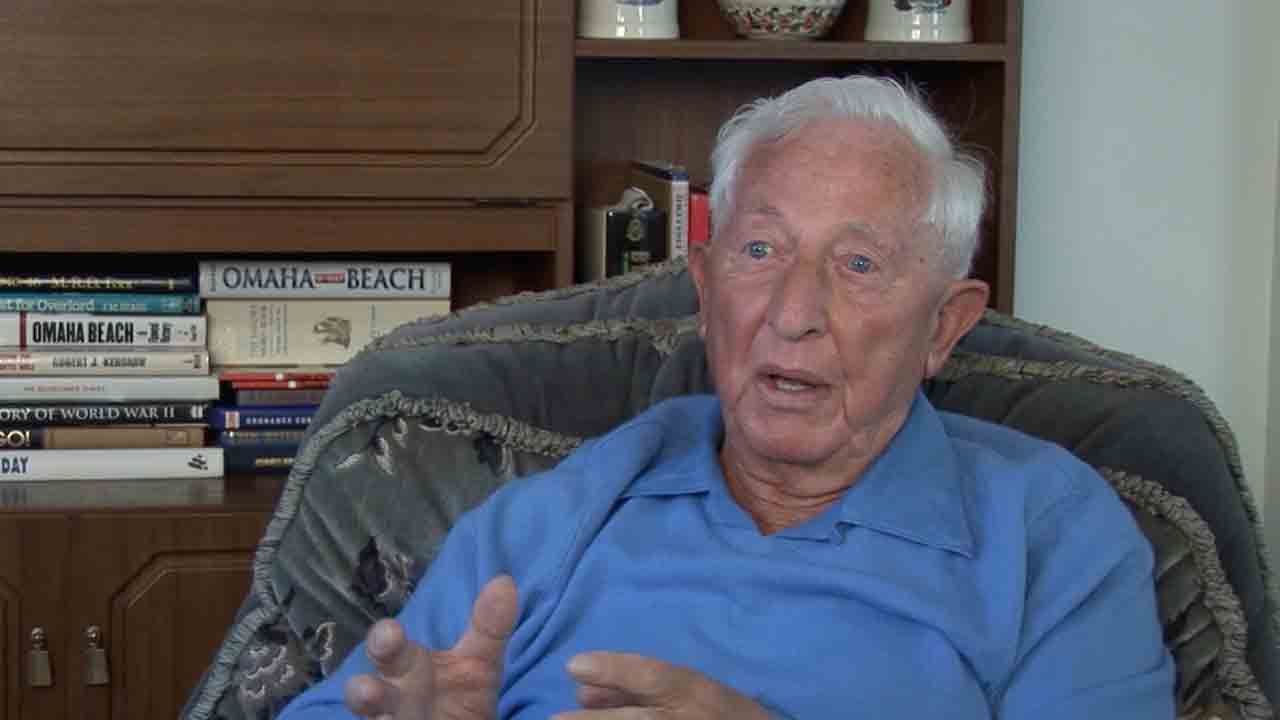 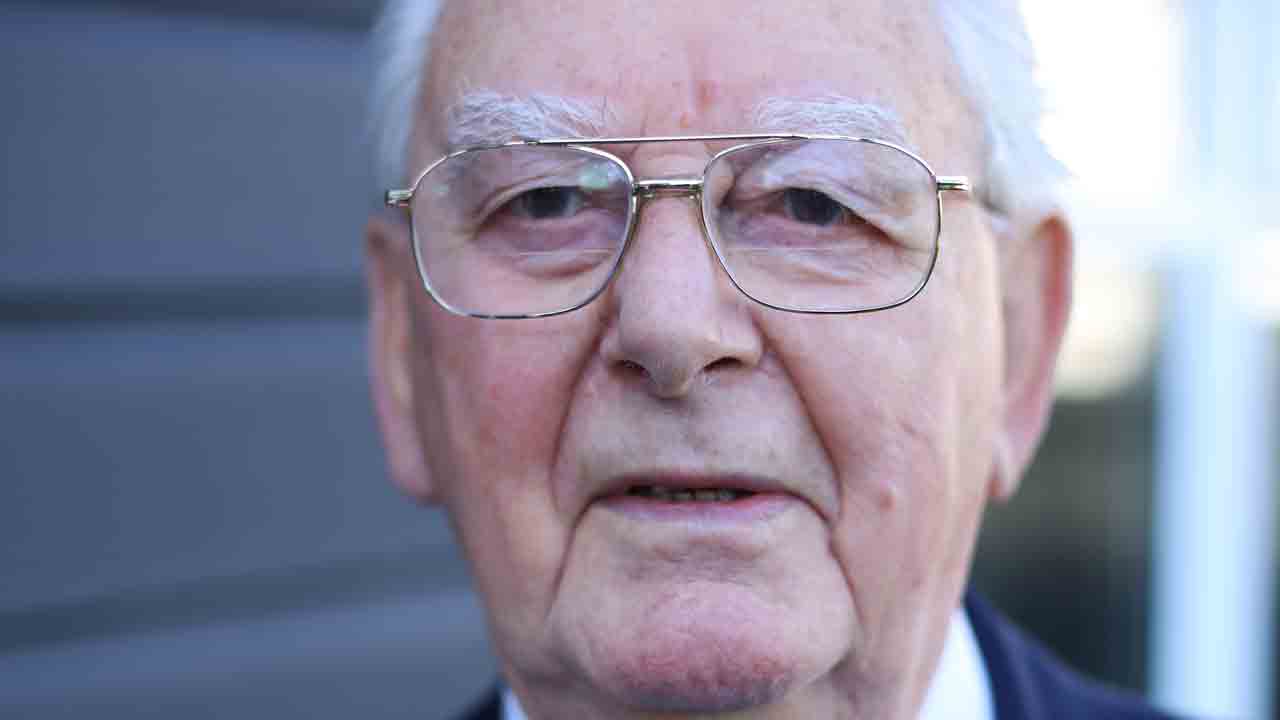 Charles Bull provides an interesting account of his time onboard HMS Kenya. He worked in Payroll.

Ron Yardley joined HMS Belfast as she prepared to head to Korea. 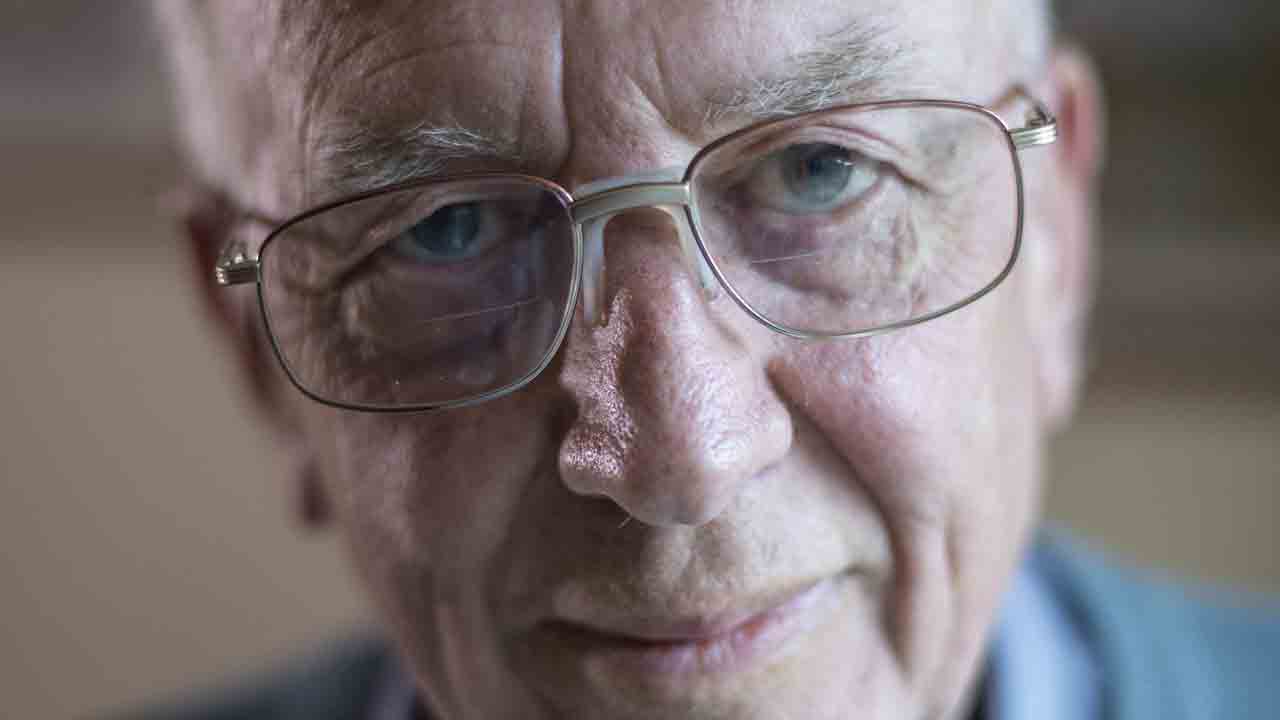 John Pound served in the Royal Navy on a C-Class Destroyer – HMS Charity.  The ships primary role was to patrol the west coast.  It was a busy time and John recounts it well. 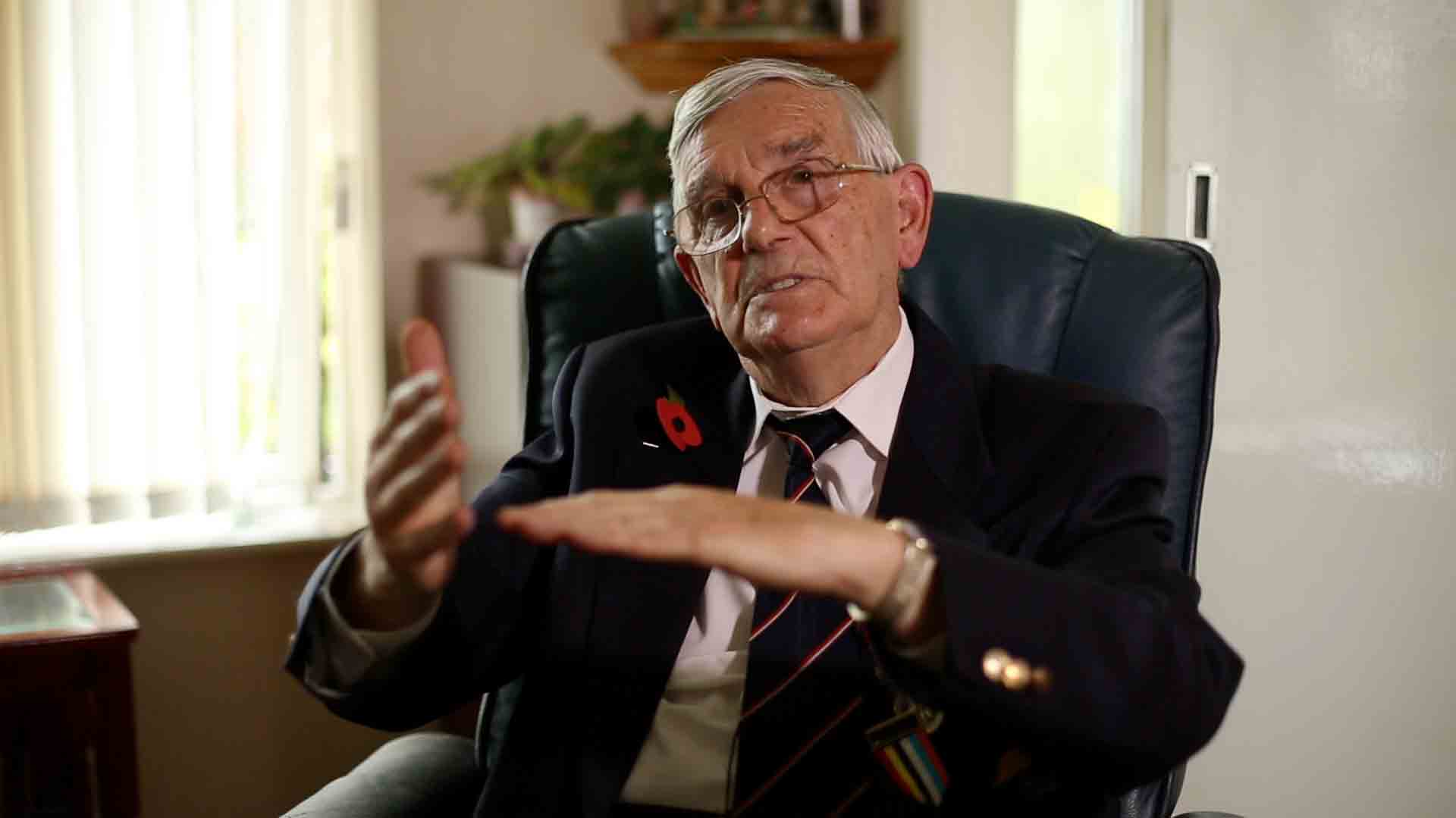 Frank Bewley provides an excellent account of his service in the Fleet Air Arm up to and during the Korean War. He served onboard HMS Glory as an Aircraft Engineer with 821 Squadron.

David Carpenter served with 41 Independent Commando in Korea. It’s a fab account and he also has a wonderful photo album which are available to view if you sign up to become a Member.

Dorothy Runnicles provides a fabulously opinionated account of her service with the WRNS. She was an evacuee would go on to become a pacifist.

One of the few surviving WWII pilots to have flown both the Hurricane and the Spitfire. Brian has all his faculties and his memories of specific bombing raids and life as a Spit pilot in Italy are abs... 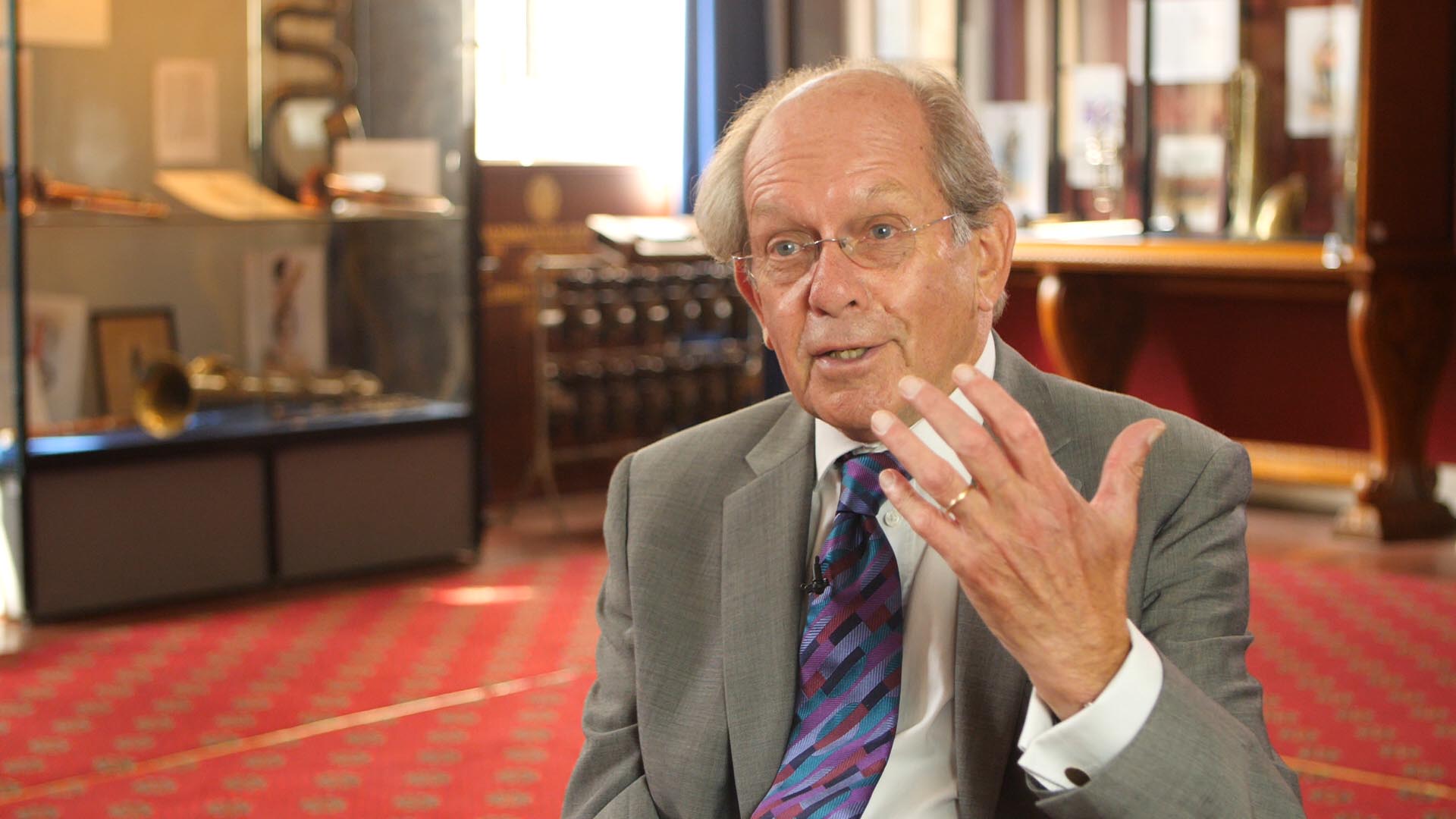 Lt. Col. Frank Renton, who led the bands of the Gordon Highlanders, the Paras and the Royal Artillery before becoming principal director of music at Kneller Hall, looks back at his 33 years in Army mu...

Eric Downing provides a rare and often times emotional insight into the role of a Gunner on a Flail tank during the Second World War.

Albert Kingham gives a humorous account of his life as a young man in the ATC. Stationed at RAF Oakington he was involved in the Berlin Airlift. 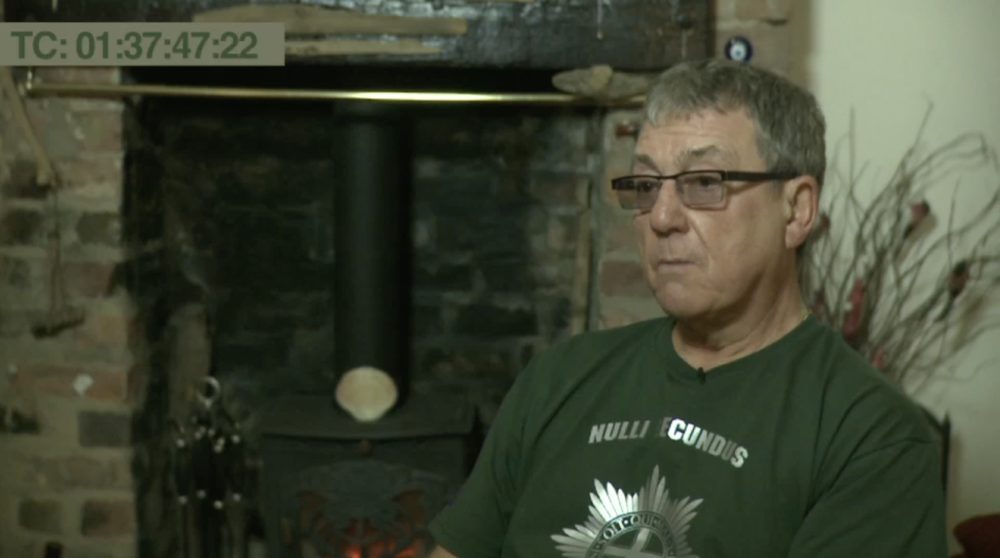 Colin used to love watching the trooping of the colour but coming from Hull had assumed a life on the docks was his lot. That all changed when he went into the army. He found a regiment he loved but i... 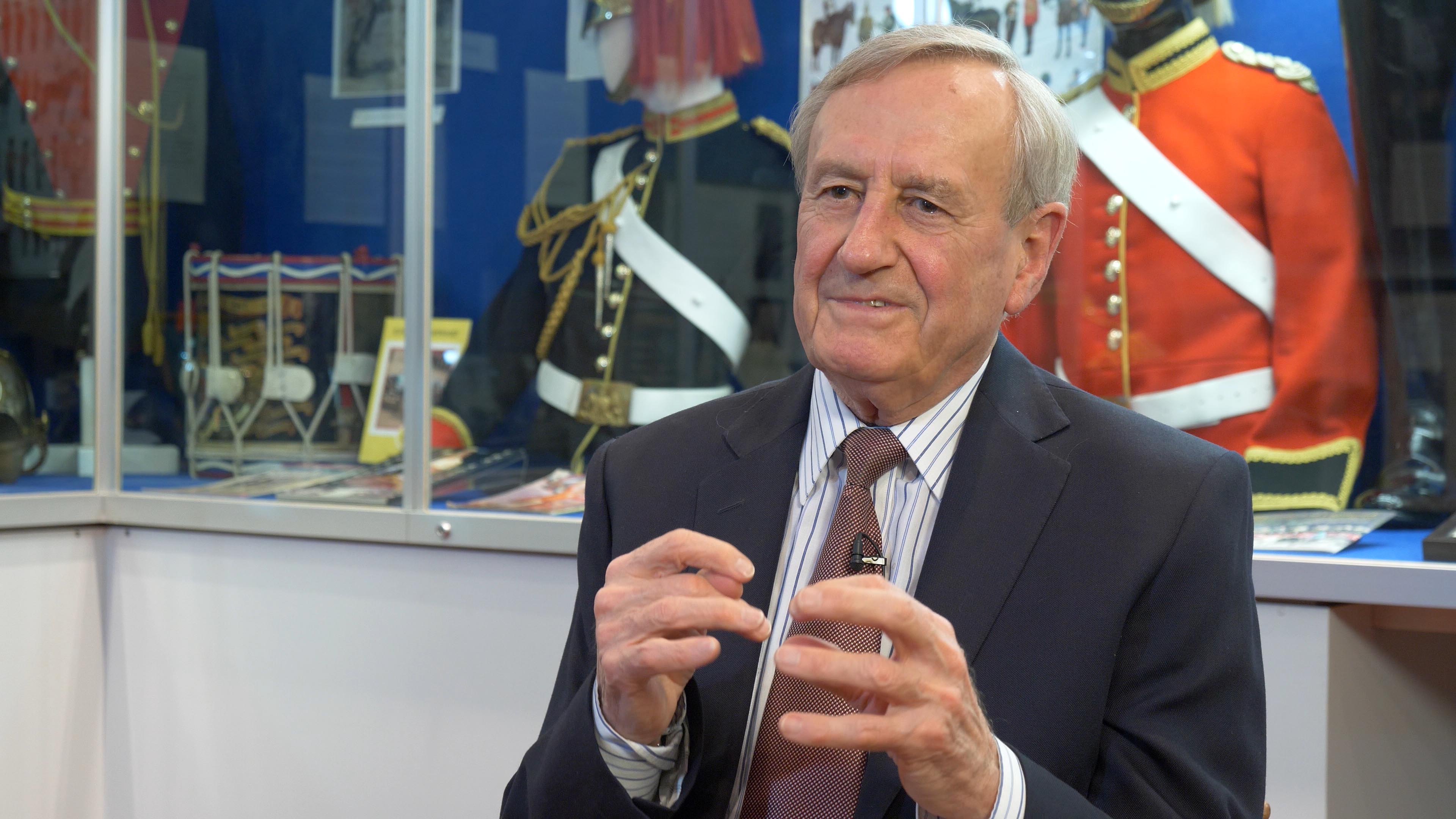 Lieutenant Colonel Roger Tomlinson shares stories of a horse that wouldn’t canter, choppers coming the wrong way, and the sound of a bullet whistling past at close range.

"Sidney was one of the first veterans we ever interviewed. His memories of the Battle of Crete shocked me at the time."

Michael Wainwright is one of the Battle of Britain fighter pilots we filmed with the help of the Roger De Haan trust and Group Captain Patrick Tootal.

After her military career, Dee Palmer found fame with the band, Jethro Tull. But fame and fortune doesn’t necessarily bring you happiness as Dee reveals in this fascinating interview.

Ralph Brill is a serving WO Class2 Band Sergeant Major of the Irish Guards.

PLEASE TAKE A MOMENT TO CONSIDER THIS

Legasee is one of the first consolidated attempts to document the war-time experiences of men and women who have served their country.  While remembrance ceremonies and battle anniversaries are regularly reported on TV,  this coverage rarely focuses on veterans’ personal experiences for more than a few seconds and is of limited value as an educational tool or a record of individual achievement. Legasee aims to cover military life in much more depth by focusing on personal stories and viewpoints. If you think this work is important, please consider a donation. PLEASE DONATE NOW